API has tallied the professional contests for the year 2021. Who are the winners?

It is a tradition of the Independent Press Association (API) to annually hold professional contests between media institutions and staff members of the association's member editorial offices. Reporters, investigative journalists, but also managers, photojournalists, designers and layouters from all API member newsrooms annually submit their files to this competition. On Friday, May 20, 2022, API named and awarded 23 winners in the seven categories of the contest for the year 2021. 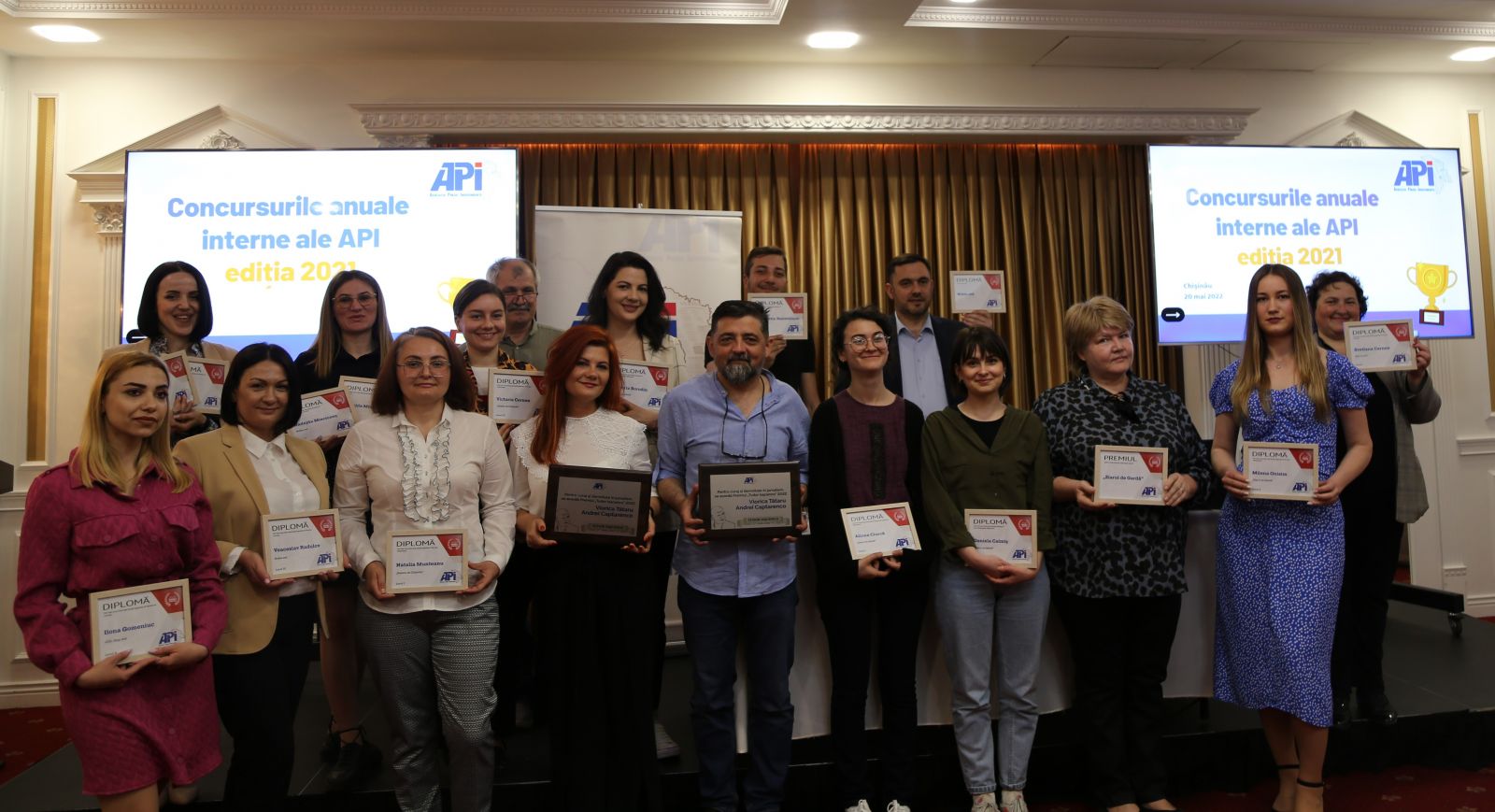 The contest category "Best/Best Reporter" was this time divided into two subcategories: narrative and news, with journalistic materials from national and local/regional media being evaluated separately. In the end, Aliona Ciurcă from "Ziarul de Gardă" was named the best narrative reporter in the national press 2021. The journalist was awarded for a series of articles, including: One year later. Testimonies of emergency room doctors: "We are experiencing what Italy experienced last spring". Second place went to Natalia Munteanu from "Gazeta de Chisinau" who submitted three articles to the contest, one of them about the Village with a sewage treatment plant and a slum without water. And the third place went to Marina Gorbatovschi from "Ziarul de Gardă" for the text In row, after "our daily bread" and two other materials submitted in the contest.

The best narrative reporter in the local media 2021 was named journalist Elena Celac from the Nokta.md portal from Comrat for a series of articles, including about a multi-storey aviary block in Budjac, where people live next to animals. The second place was taken by Ilona Gomeniuc from the "SP" editorial office in Balti for two articles, including one about a barber from Balti who cuts hair with... fire. Third place went to Nadejda Mlecicova from Nokta.md, for a report about the demolition of a unique mosaic in the village of Cișmichioi and two other articles.

The most professional news reporters were also awarded. Thus, Nataliai Munteanu from "Gazeta de Chisinau" was designated the Best National News Reporter, she also wrote about Women who lost their pregnancy due to Covid-19. Why should pregnant women be vaccinated? Second place went to Milena Onisim from "Ziarul de Gardă" who reported on potential illegalities at public institutions Infocom and the Public Property Agency. The third place went to Victoria Cernea from "Gazeta de Chisinau" for a story about the need for cultural education in educational institutions.

The best news reporter from the local press was designated Svetlana Cernov from the newspaper "Est-Curier" from Criuleni. The journalist was appreciated for informative materials on What victims of domestic violence need to know, but also on the subject of public procurement and the vaccination process in the Criuleni district. Vadim Șterbate from "Observatorul de Nord" from Soroca was ranked 2nd, for his reports on how purchases are made at Soroca City Hall, but also Who on whom: did the councilor hit the traffic light or vice versa??!. The 3rd place in this competition category was occupied by Veaceslav Radulov from the Nokta.md portal from Comrat who reported on the multiple attempts to elect the president of the People's Assembly from UTAG, but also on how the APG deputies expelled Nokta journalists from the meeting.

In the "Best Investigative Journalist" category, the first position in the national media was occupied by Victoria Borodin from "Ziarul de Gardă" for three investigations, including about the forgers of vaccination certificates against COVID- 19. Second place went to Ion Preașcă from the Mold-street.com portal who investigated how Moldova redeemed a debt of 140 million USD from Gazprom at a price 4 times lower, but also for two other investigations. Third place went to Daniela Calmîș from "Ziarul de Gardă" with the investigations about the Schemes from Calea Furată a Moldovei, but also "How 14 million lei allocated from the state budget for a house of culture "disappeared".

Among the local API member newsrooms, Nadejda Mlecicova from the Nokta.md portal was named the Best Investigative Journalist, for three investigations, including one about the one million cars, procured by the UTAG Executive Committee in 2020. Constantin Hairetdinov from the newspaper "SP" ranked 2nd with the investigation about the accommodation of the "landing party" of the Șor party from Orhei in a children's camp in Bălți. Anna Dmitrieva from the Nokta.md portal took the 3rd place with the investigation about the media "empress" from Gagauzia Irina Vlah.

API also awarded the Best Photojournalist 2021 - it's Vadim Șterbate from the newspaper "Observatorul de Nord" from Soroca, for the photo "The Road Home". And the Best Newspaper Designer was designated Vitalie Munteanu from "Ziarul de Gardă".

The prize for diversity of products and platforms was given to the newspaper "Observatorul de Nord" (Soroca), and Nokta.md (Comrat) was recognized as the "Best Website 2021".

During the event, the Prize for the development of the media institution was also handed out, which went to the "Ziarul de Gardă" editorial office.

The jury of the API's annual internal competition is made up of members of the Board of Directors, experts from inside and outside the organization. The winners received diplomas and gifts.

API organizes annual internal competitions for journalists and media institutions that are members of the organization since 1999.