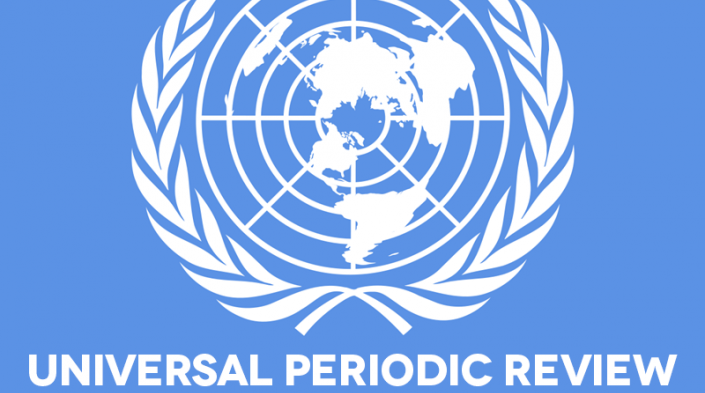 Early next year, the Moldovan authorities are due to present to the United Nations (UN) a report on the human rights situation as part of the so-called Universal Periodic Review (UPR).

In particular, our country must explain how the recommendations assumed in autumn 2016 in Geneva, Switzerland, at the UN Human Rights Council meeting, have been implemented. The government does not yet have a draft of the report due in 2022 ready, and human rights experts say the authorities have large backlogs on some recommendations, such as actions to eliminate domestic violence, hate speech and discrimination. Through the UPR mechanism, the UN Human Rights Council assesses public human rights policies in all countries. Although UPR recommendations are not binding, UN member states are determined to make concrete commitments to human rights and to comply with them. Moldova received 209 recommendations In autumn 2016, at the Geneva session, the Moldovan authorities received 209 recommendations from several states. Most recommendations were in the following areas: combating discrimination, including hate crimes and bias (29), protection of women's rights (26); protection of minority rights (14); combating torture and ill-treatment (11); combating trafficking in human beings (10); protection of the rights of persons with disabilities (10); strengthening national institutions for the protection of human rights (9); protection of children's rights (9), etc. Four years on, a good number of these recommendations have still not been implemented. Thus, even though in 2016 the authorities committed the Republic of Moldova to accede to the main regional human rights conventions within the next 4.5 years, many international human rights treaties have not been ratified. Vadim Vieru, lawyer at Promo-LEX Association, mentions that our country has not ratified the Council of Europe Convention on preventing and combating violence against women and domestic violence (Istanbul Convention): "It is one of the recommendations that has not been implemented, although it is very important, given the problem of gender violence that we have in Moldova. But Parliament is reluctant to ratify and implement this convention". MP Ruxanda Glavan, member of the Social Protection, Health and Family Committee of the Moldovan Parliament, previously confirmed that the ratification of the Istanbul Convention would solve several problems and prevent domestic violence, but there is no political will in the current Parliament on this issue. Another outstanding issue is the ratification of the Agreement on Privileges and Immunities of the International Criminal Court (APIC) which is an important instrument for international security. "No progress has been made on this chapter either. At the moment, we have not committed any crimes that would fall under the International Criminal Court statute, but if people who have committed crimes against humanity or war crimes are hiding on the territory of the Republic of Moldova, then the Criminal Court will not be able to request their extradition", argues Vadim Vieru. Similarly, the authorities have not taken effective measures to prevent hate speech, cases of discrimination, especially on the basis of gender, although they made certain commitments in this regard at the UN Council session in Geneva, and such cases are frequent in our country. Dumitru Russu, an expert at the Institute for Human Rights (IDOM), says that another outstanding issue is the ratification of the Optional Protocol to the UN Convention on the Rights of Persons with Disabilities (CRPD), a document that provides for the development of public policies in the field of protecting and ensuring the rights of persons with disabilities. In August 2020, Viorica Dumbrăveanu, then Minister of Health, Social Protection and Family, said this Protocol could be ratified in 2021. White papers for authorities Although fewer in number, there are some achievements in implementing the UPR recommendations. Vadim Vieru states that the authorities have taken into account, albeit belatedly, the recommendation to adopt the National Human Rights Action Plan for 2018-2022 (PNADO), and that the National Council for Human Rights, an entity within the State Chancellery, is responsible for monitoring and evaluating the implementation of this Action Plan. One achievement mentioned by Dumitru Russu is the modernisation of the temporary detention isolators at police inspectorates in the country. These isolators have been renovated in accordance with international standards in the field of respect for the rights and fundamental freedoms of persons in pre-trial detention, says the expert. Another whitewash for the authorities is that they have enabled the de-institutionalisation of people with disabilities and their inclusion in society through community houses. However, Russu says this is more to the credit of non-governmental organisations implementing projects in this area, such as the Keystone Moldova Association: "Most of the actions carried out are implemented because it is the NGOs that try to pull the authorities' sleeves." Official vs. alternative reports So far, the authorities have produced only one interim report, which includes the achievements for two years (2017-2018) on the UPR recommendations. The final report is to be prepared by the National Human Rights Council. Valeriu Berlinschi, a senior consultant in the Permanent Secretariat Directorate at the State Chancellery, says that information is currently being accumulated from all institutions responsible for monitoring and implementing UPR recommendations, and a draft of the final national report could be ready in a few months. It should be noted that in addition to the report drafted by the Government, alternative reports are being prepared by the Ombudsman Institution and the Council for the Prevention and Elimination of Discrimination and Ensuring Equality, as well as by non-governmental organisations specialising in human rights. In this way, the UN Human Rights Council will know the objective and real situation of respect for human rights in the Republic of Moldova. Lilia Zaharia Independent Press Association